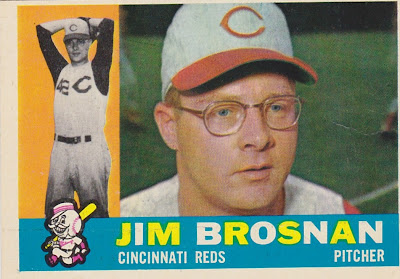 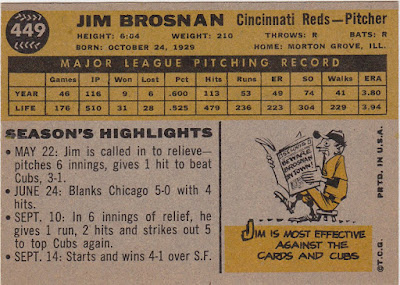 The Card: Hard to tell but this has the feel of another Wrigley Field card photo. Brosnan had a reputation as a 'nerd' (or whatever term was popular back then.... egghead?) and one look at the card shows you why.  The cartoon points out he was most effective versus his two former clubs. Some research is in order.
Posted by Commishbob at 10:33 AM