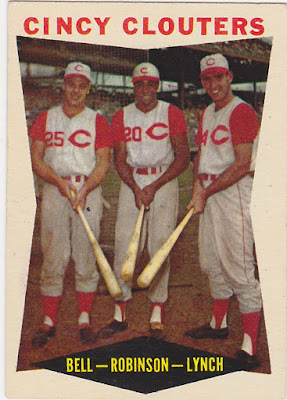 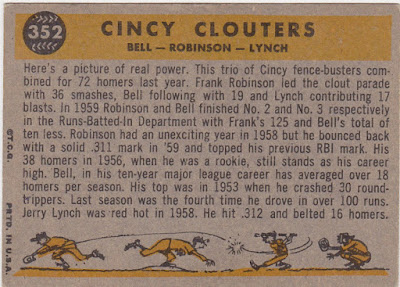 The Card: This is the second Cincy-centric 'special' I've posted. The first one featured Vada Pinson and Jim O'Toole. Here we have three of the club's top hitter from the late 50s. Like the first one this looks to be a Wrigley Field photo.

Jerry Lynch was fourth on the club in homers in '59, fifth in RBI. He trailed Pinson in both those categories but Topps was spreading the wealth and used this shot. Those sleeveless reds tops and white crowned lids were unique and pretty awesome.
Posted by Commishbob at 12:53 PM