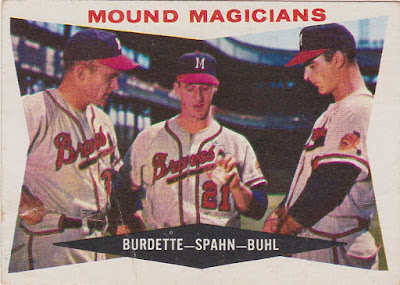 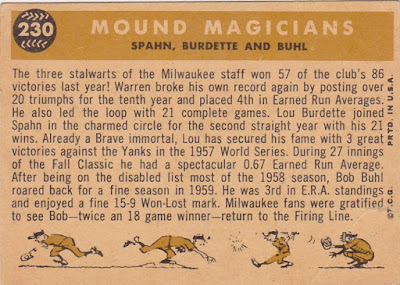 The Card: What's not to love about this one? Warren Spahn, wonderful Milwaukee Braves unis, fake conversation, Polo Grounds* in the background....great stuff. It instantly brings this picture to my mind: 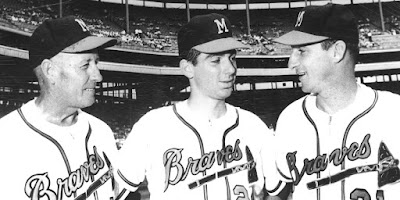 That's author Pat Jordan between Braves' pitching coach Whitlow Wyatt and Warren Spahn. It comes from Jordan's A False Spring. It was taken when Jordan was still a prospect and being sought by several big league clubs, including the Yankees and Braves with whom he eventually signed. Jordan was being 'showcased' for the Milwaukee front office.

*= I'm pretty certain that's the Polo Grounds. The old Milwaukee County Stadium, as seen in the Pat Jordan shot looks a lot like it.
Posted by Commishbob at 1:09 PM