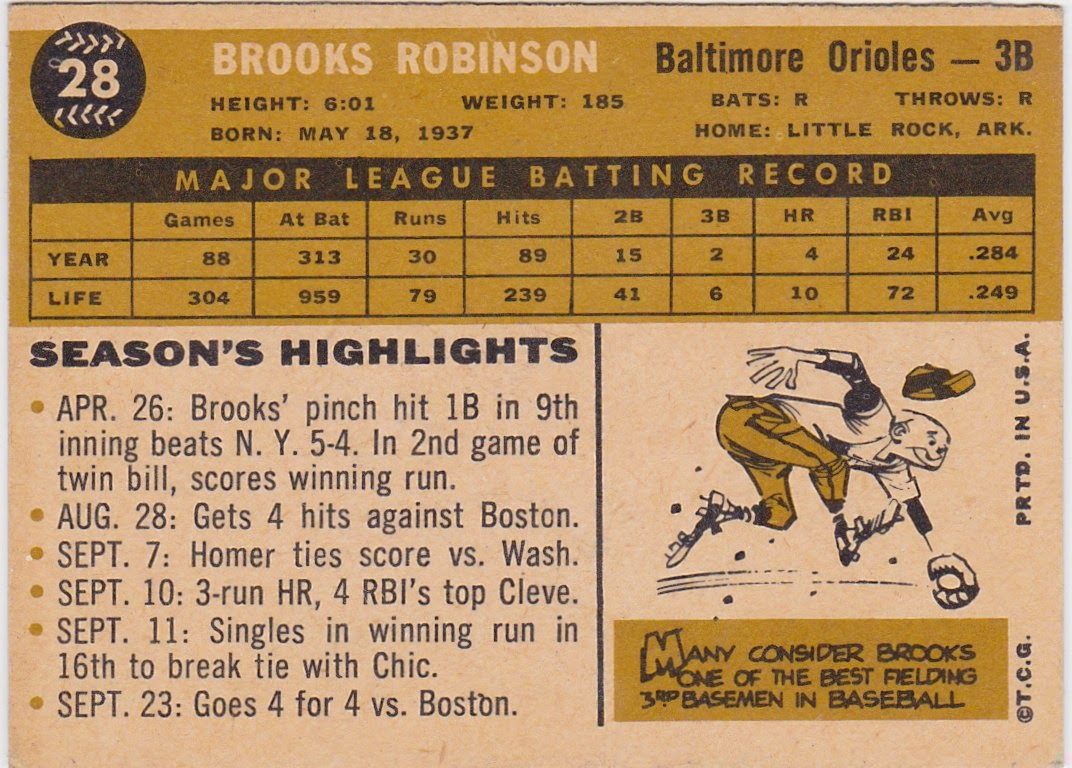 Welcome to my 1960 Topps Baseball blog. Attempting to post all 572 cards from another vintage card set was something I've kicked around since I finished my 1959 Topps blog just over a year ago. Blogging a set is a big commitment and I went back and forth on whether or not I was up to it.

When I took on the '59 set I began with a goal of posting a card each day. That quickly turned into a chore and led to my walking away from it for several months. When I took it up again I decided that a couple of posts a week would be more realistic and that made all the difference. That's what I'll attempt here.

I'm sure some of you may be wondering why I chose the 1960 Topps set. For one thing I don't think it's been blogged before. At least I can't find one.

But there is a bigger reason. I've mentioned before that the '58-'59-'60 sets were my 'stepping stones' into collecting. The '58s were the first cards I remember seeing as a kid. I still can recall a girl who lived down the street with a stack of those '58 cards. I was fascinated by them. The first cards I ever owned were '59s. I found packs in my Easter basket and got a few more each time I visited my grandparents in Brooklyn. My grandfather spoiled me rotten and took me to the little soda fountain/candy store on Bedford Avenue every day.

But the 1960 set is the first one I 'collected'. I kept my cards in cigar boxes and bought them for myself with money I 'earned' doing stuff around the house. By 1960 we had moved from Long Island to New Jersey and it was just a short walk to the stores. I could go get cards myself. I loved the yellow wrapped wax packs but when I was really lucky I could get my folks to buy cello packs at Korvettes.

I'm pretty sure I didn't complete the '60 set but I bet I was close. No doubt the nostalgia factor plays a huge role in collecting this. The gold backs, particularly the ones printed on the white cardboard, are simply my favorite and looking at one just brings me back to my 9 year old world. I loved reading those 'season highlights'. I'm not sure why they fascinated me so much but they did.

The fronts are pretty cool, too. I know the horizontal format doesn't get much love but I'm fine with it. And the set is so darn colorful! Some of the color combos work better than others. The black and white 'action' shot is another element that works better on most cards than it does on others. The shot of Brooks Robinson is awkwardly placed/cropped.

Two of the set's subsets have always struck a chord with me. The managers cards as well as the orange Sport Magazine rookie stars. I have had the intention of collecting the rookie set for a long time. Now I have a real reason to.

I'm also still trying to come up with a format I'll be happy with. Since so many of the players in the 1960 set were also in the '59 set I don't think rehashing those same bios would make sense (or be very interesting). I may take a few cues (i.e. steal some ideas) from other set bloggers. I'm sure something satisfactory will sort of evolve before long.

I jumped in with a large lot purchase on eBay. I picked up just over half the set at about sixty five cents a card. I've since added some stars. Of course I already owned the Orioles in the set as well as the managers subset which I've blogged previously. Having those cards and a couple of the All Star cards has made the decision to chase the 1960 set easier.

Well, enough chatter. Just enjoy the Brooks Robinson card, number 28 in the set. Brooks was the first card I posted in my 1959 blog so I figured this would be the best card to lead off this one. For the time being I'm going to list some accomplishments of each player, drawn primarily from Baseball Reference. And I'll add in a tidbit or two that I find interesting. That can pertain to anything at all.


Did you know?
Brooks was a natural left-handed hitter.

Brooks and myself circa 1983 at Arlington Stadium, Arlington Texas 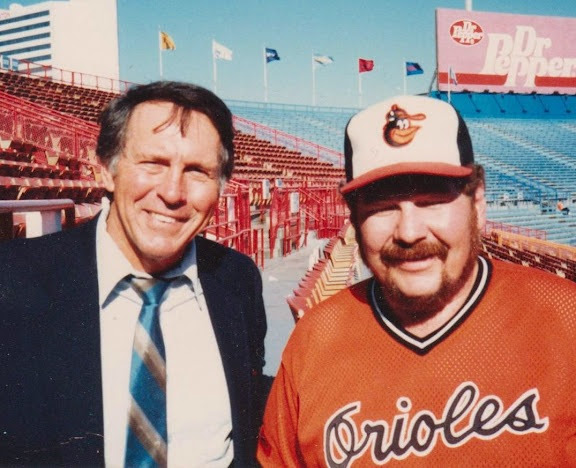 Posted by Commishbob at 9:04 AM