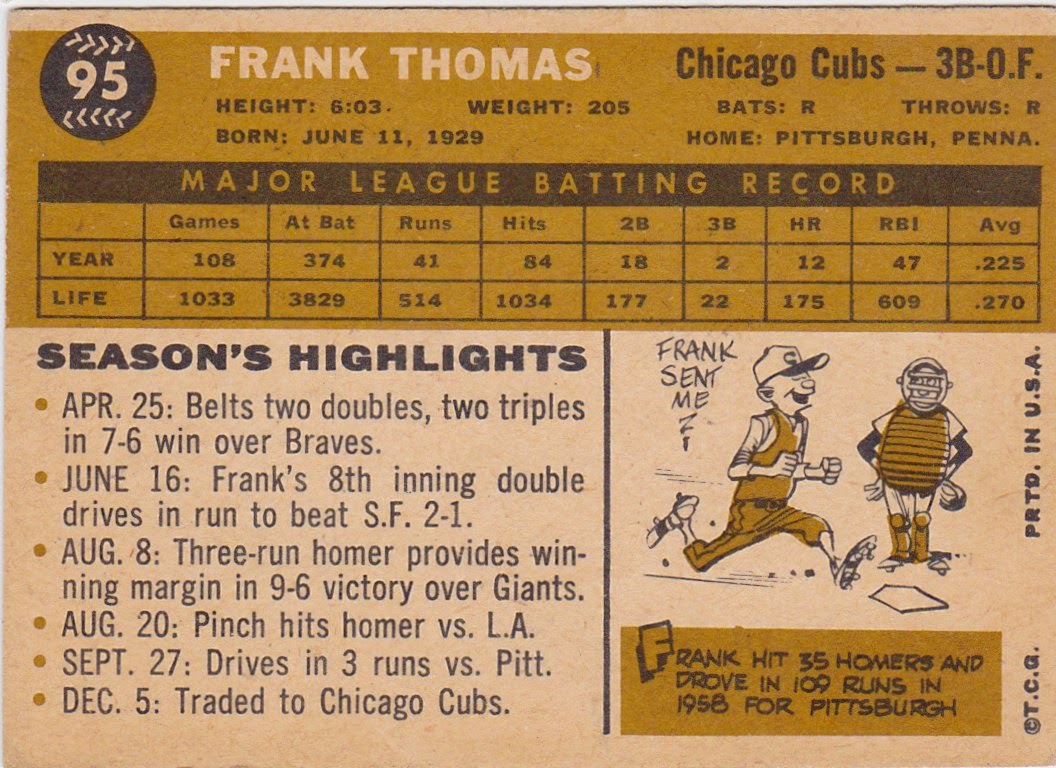 Did you know? (Stuff from the 'net)  As a teen, before playing the game professionally, Thomas entered a seminary in Niagara Falls, Ontario, to study for the priesthood. He eventually chose baseball. He was nicknamed "The Big Donkey" by fellow players, in part for his less-than-stellar people skills.

In 1960: Thomas, in his first and only full year as a Cub, hit .238 with 21 homers and 64 RBI in 135 games. It was a below average season for him as he was into the second half of his career. He was involved in a trade the previous December as he was traded by the Cincinnati Reds to the Chicago Cubs for Bill Henry, Lou Jackson and Lee Walls.

The Card: Just a bit below the average condition for the large lot I bought to kick off the set. Call it Fair. Polo Grounds shot showing him in his Reds uni, his prior club.