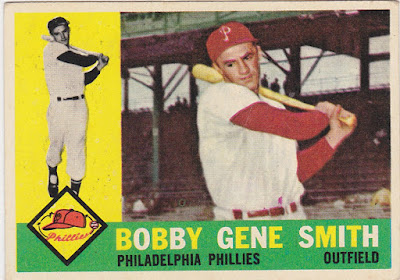 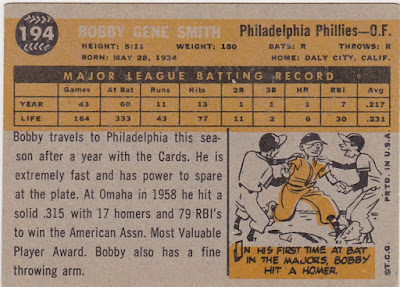 Career: Seven seasons in the majors with five different clubs. He had two stints with the Cardinals and was mainly a back-up and pinch hitter throughout his career. He's one of the Original '62 Mets having been chosen by them off the Phils roster in the expansion draft after the 1961 season. He was with them for less than a month though as he was traded to the Cubs at the end of April that year. He was traded to the Cards (a return to St. Louis, his original team) after six weeks with the Cubs.

WikiFacts: The Mets-centric Centerfieldmaz blog featured Smith earlier this year: "He would hit .300 twice in the minors making the Cardinals as a reserve outfielder for three seasons (1957-1959). He hit a HR in first career game but didn’t hit too many more as the season went on.

He was labeled the ultimate six o’clock hitter by teammate Bill White, meaning he would hit HRs in batting practice but rarely in the real game."

The Card: Looks like Topps used the same pic for the main photo and the 'action' shot. It was the same one used on his '59 card while pictured with St. Louis. I'm guessing it's the Polo Grounds. Here is his '59 card: 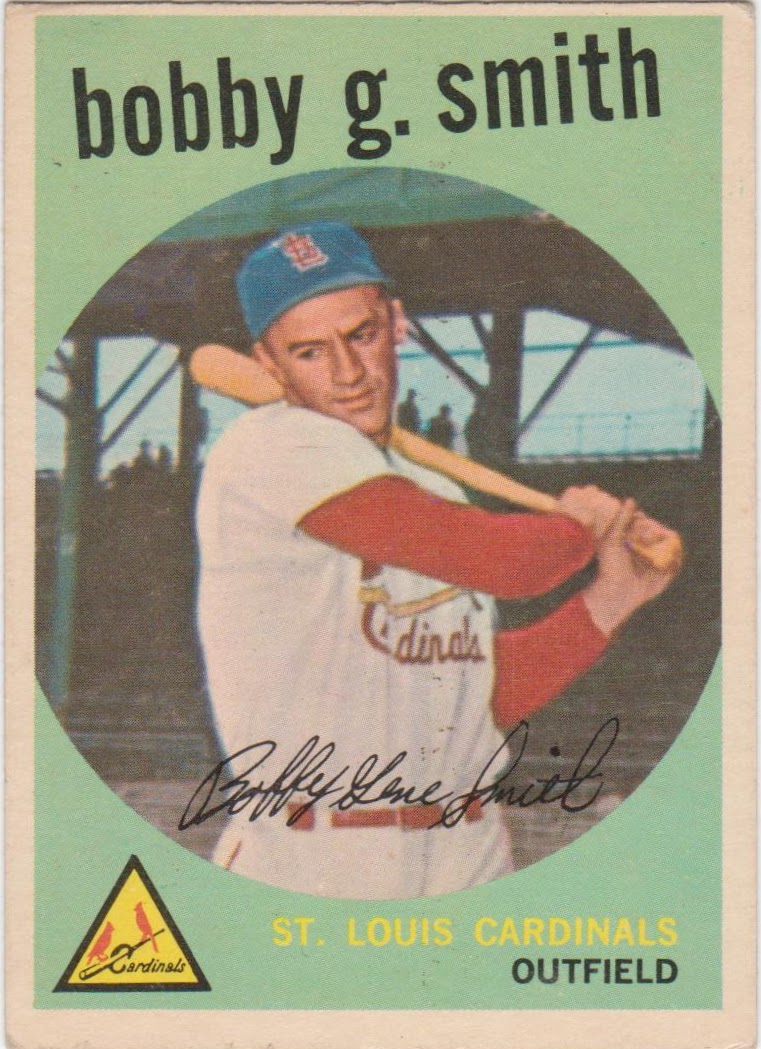 Keith Olbermann, on again off again sports/political commentator and noted collector has a few interesting facts about this card. He notes in this blog post that the card was 'mocked up' as #66 in the set but was issued as #194.
Posted by Commishbob at 12:37 PM