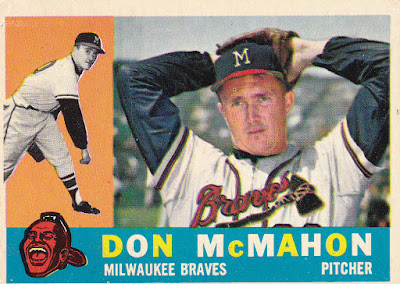 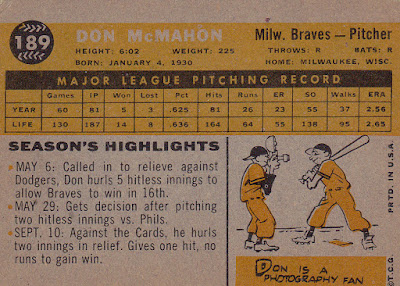 When he retired he was fourth on the list of games pitched. He is currently 35th.

Off The Charts: Following his playing days, he was pitching coach for the Giants (twice), Twins, and Indians; and later a scout for the Dodgers.

SABR tells us "He worked some in the offseason as a football scout for several years, helping out the Oakland Raiders even while still an active player. He and Raiders owner-coach Al Davis had both attended Erasmus Hall High in Brooklyn."

Even Further Off The Charts: My father grew up in Brooklyn not far from Erasmus High but he commuted to the Bronx High School of Science. I decided to take a look at Erasmus Hall which is now closed. The list of notable alums from Wkipedia is pretty impressive. I pulled out the more recognizable names and pasted them here: