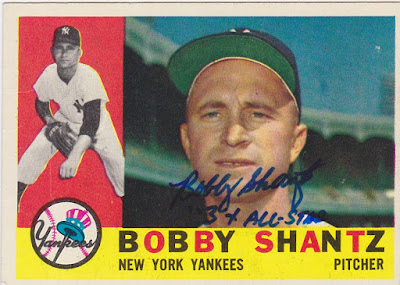 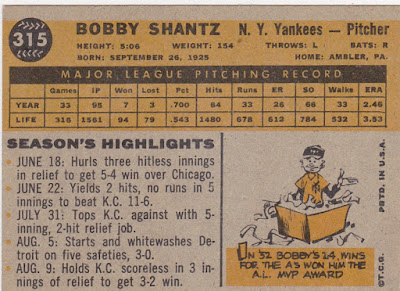 Career: Bobby Shantz was deemed too small by many scouts in the 40s but he had a long productive career with the A's, Yankees, several National League clubs. He pitched on three pennant winning Yankee teams and won a ring in '58 although an injury prevented him from appearing in that Series. He moved from a starters role to the bullpen and back again winning 119 games and  accumulating 48 saves.

His best year was undoubtedly 1952 when he won 24 games and was named the AL MVP. That season's 24-7 record came on an A's club that finished 79-75. He made 33 starts, completed 27 of them and had five shutouts and a league leading 1.048 WHIP. He hurt his wrist late in the year and thus began a three season long period of erratic results due to arm and wrist ailments.

In 1960: In his second go-round as a reliever Shantz had a career high 11 saves in 47 relief appearances. He was in the middle of a run of eight straight Gold Glove awards!


The Card: This is a card I picked up two years ago and sent to Shantz to be autographed along with two others. I posted in my Five Tool blog about that TTM from Shantz. He answered my question about his memories of Yankee Stadium with a nice long paragraph. I'm re-posting that at the bottom here. Shantz was one of my Dad's favorite players and although I was never a real Yankee fan I became a Bobby Shantz fan.

For that reason plus the fact that the color combo on this card is my very favorite in the set makes this a special post. Bobby Shantz is now 91 and still signs (with great inscriptions!) for a small fee which he donates to the Salvation Army. What a guy. 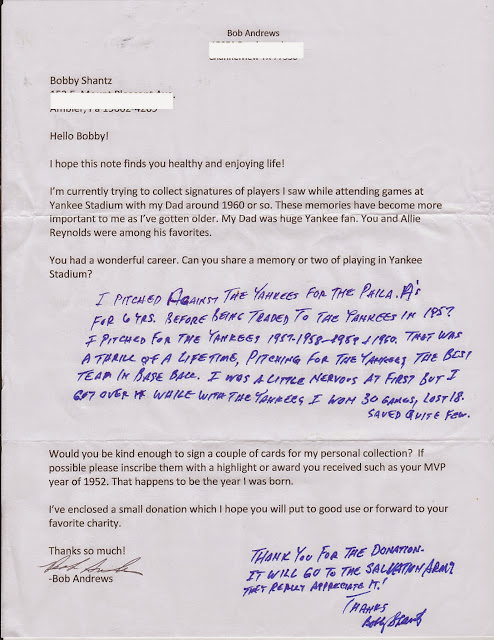 And the other two cards I sent are here: 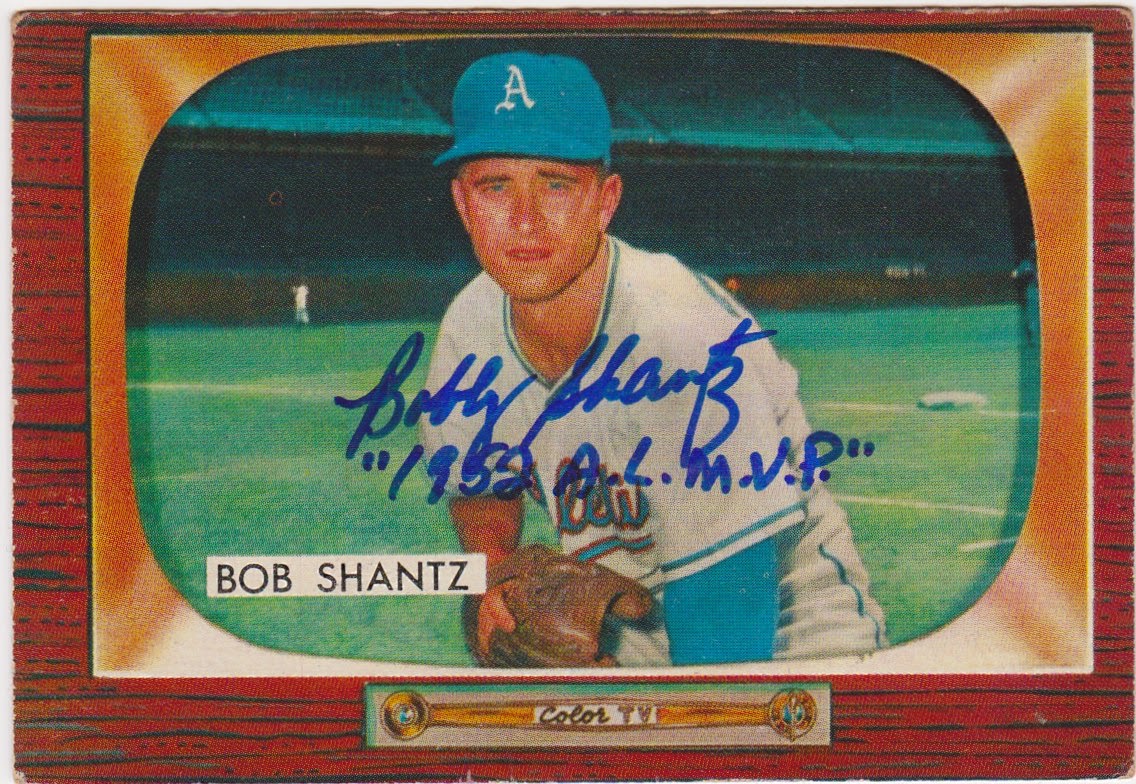 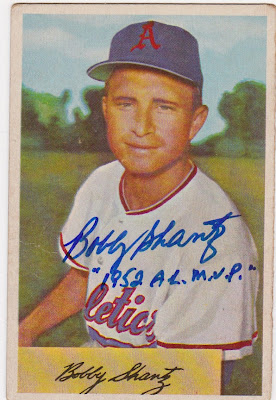 Posted by Commishbob at 3:45 PM No comments: