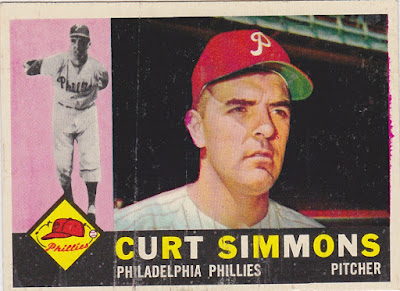 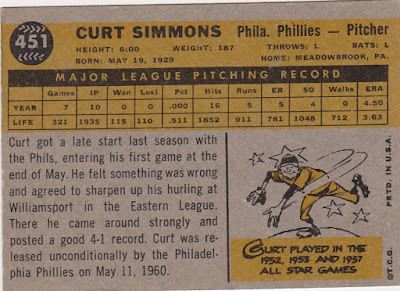 This one was put together late enough in the year for Topps to note Simmons' May release by the Phils. The 'crease' is more of a printing flaw than anything else. It doesn't appear nearly that noticeable in hand. The red ink bleeding off the right side of the card is another odd printing flaw. Topps had some issues here for sure.
Posted by Commishbob at 7:22 AM