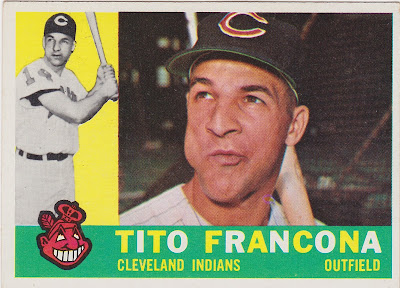 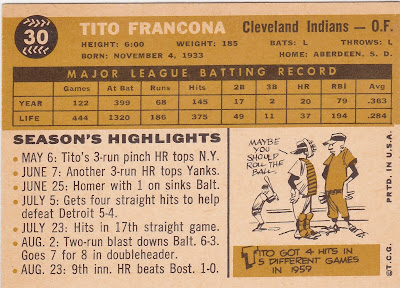 Off The Charts: He and Rocky Colavito tied for 2nd with one vote each in the 1956 ROY balloting. The winner was Luis Aparicio who got 22 votes. Hey, second place isn't always the first loser.

The Card: Dig that chaw of tobacco in Tito's cheek. And that classic gold on cream card-back with seasons highlight bullet points. I love it. It takes me back to the schoolyard and my friends and I shuffling through stacks of these things. Nostalgia is a helluva drug.
Posted by Commishbob at 11:46 PM