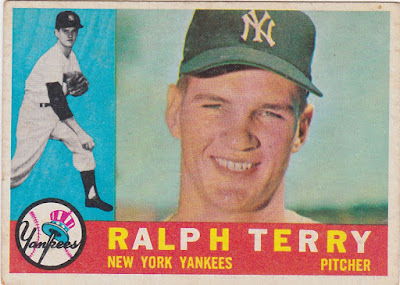 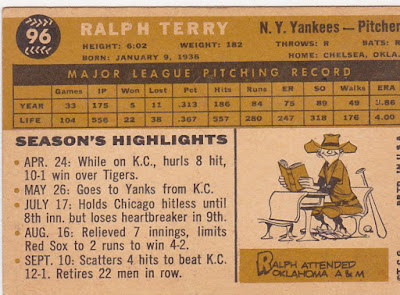 The Card: Another fine Jack Davis cartoon graces this card which I remember from my schoolyard days in New Jersey. Yankee cards were highly sought and most kids held them back during our card flipping sessions at recess. Colorful scheme on the front, cream colored cardboard, season highlights and a fine illustration=a great card. The scan makes the back appear miscut. It isn't.
Posted by Commishbob at 10:19 AM