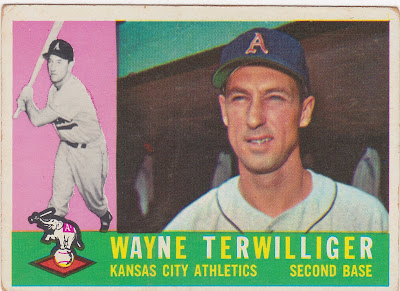 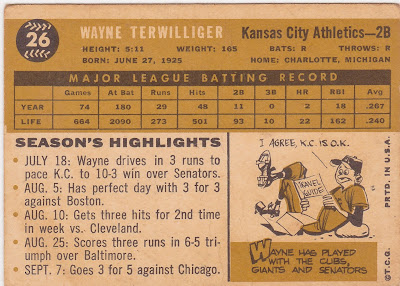 
Career: He's the epitome of a baseball 'lifer'. He broke into pro ball in 1948 and had his major league debut in 1949 with the Cubs. Never a big hitter he got through nine seasons with multiple teams using his versatility and hustle. Following his playing days he managed and coached at nearly every level of baseball until he finally quit in 2010 after 62 seasons on the diamond. His Fort Worth Cats won the independent Central Baseball League title in 2005. He was 80 years old. Only Connie Mack had previously managed at that age.

In 1960: He was about at the end of his playing days. He made two appearances for the Athletics before being 'traded' to the Yankees. It was one of those Yankee-A's trades that happened quite frequently in those days. He spent the rest of the season playing for the Yanks' AAA team as an insurance policy.

Off The Charts: From his very own website..."In 2005, Twig became the second man ever to manage at age 80, led the Ft. Worth Cats to a league championship, posted a franchise record for wins, was Manager of the Year, got an earring, and published his autobiography."  Check below for a shot of his book. It has some nice reviews on Amazon.

The Card: I always like pink cards but this pink/green/yellow/white combo? Meh. Bonus point awarded for the classic A's logo. 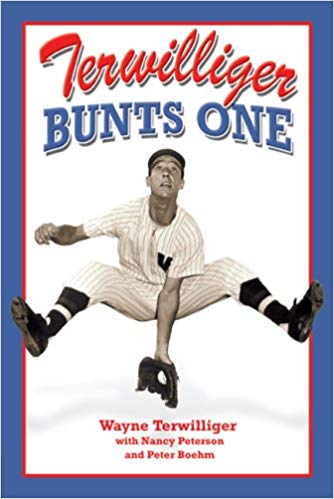 Posted by Commishbob at 9:27 PM