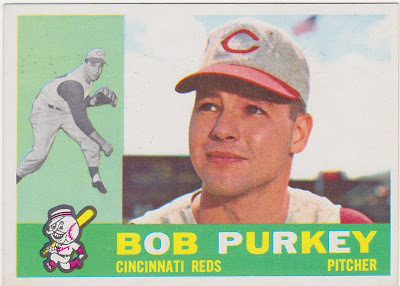 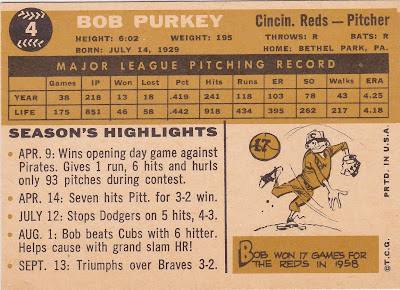 Career: Purkey, who learned the knuckleball from Branch Rickey, started his career with the Pirates and ended with them as well. But in between he made his mark with the Reds winning 103 games over seven seasons there. He made three All Star squads and had a standout 1962 season with a 23-5 mark and ERA/WHIP  near the top of the league charts. He finished third in the Cy Young voting as well.

In the 1961 World Series he lost a tough 3-2 complete game decision to the Yankees in Game Three. He pitched two relief innings in the 'all hands on deck' fifth and final game of the Series.

WikiFacts: Purkey ran his own insurance agency in the vicinity of his hometown of Pittsburgh after his career ended.

The Card: Topps used identical pictures of Purkey in 1962 and '63 and reprised the 'action' shot on this card in '63. 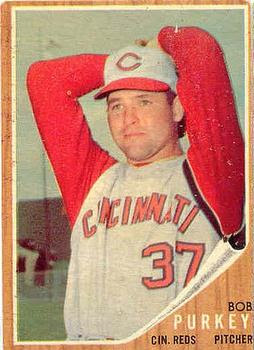 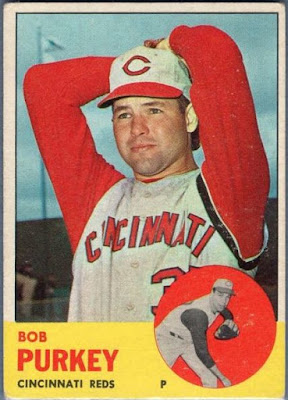