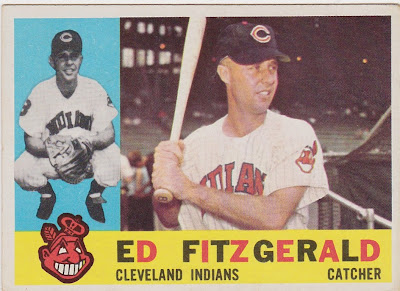 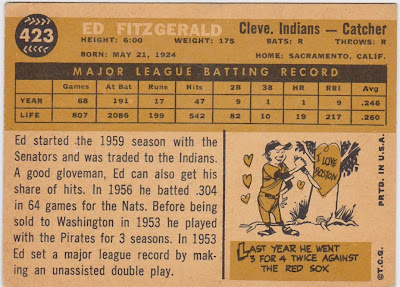 Career: Fitz Gerald debuted in 1948 after a couple impressive minor league seasons and played 12 seasons with the Pirates, Senators and finally the Indians. His most productive seasons (and the only ones where he could be considered a starter) were in 1953 and 1954. He ot over 400 at bats with the Nats in '54 and hit .289 while tying his career high of 40 RBI.

In 1960: He was out of baseball by the time this card was issued, or at least as an active player. After being released by the Indians in April of 1960 he was added to the coaching staff and he went on to a second career as a major and minor league coach/manager.

WikiFacts: "While with the Pirates, Fitz Gerald caught Cliff Chambers' no-hitter on May 6, 1951. He also broke up, as a Washington Senator, Chicago White Sox pitcher Billy Pierce's bid for a perfect game on June 27, 1958 by doubling with two out in the ninth, the ball landing just inches inside the first-base line."

The Card: Looks like Fitz Gerald is wearing an Indians' home uni. Could this shot have been taken in Municipal Stadium. If so it's pretty rare for Topps.

Side note: Topps seems to have been undecided on the correct 'spelling' of Fitz gerald's last name (although 'spelling' way be the incorrect term). You can see from their cards that it's all over the place...'Fitz Gerald', 'Fitzgerald', 'FitzGerald'. I can't really tell but I think there is a slight space between 'Fitz' and 'Gerald' on the 1960 card. He signed autographs as seen on the baseball below. I'm not sure why I care about this but I do. 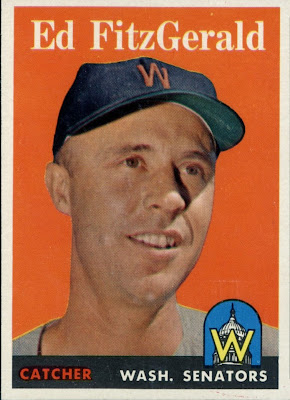 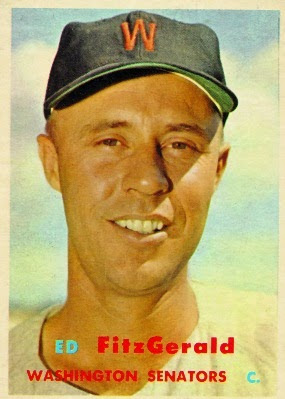 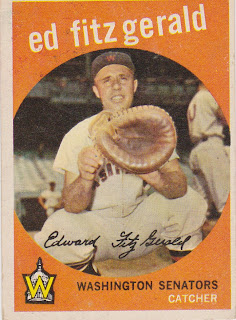 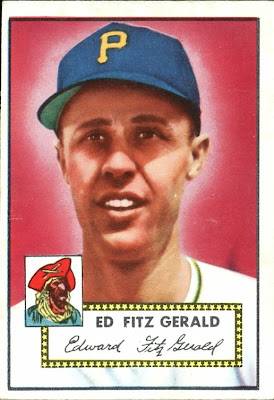 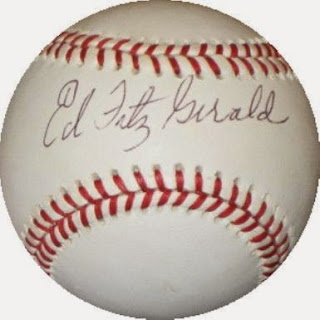