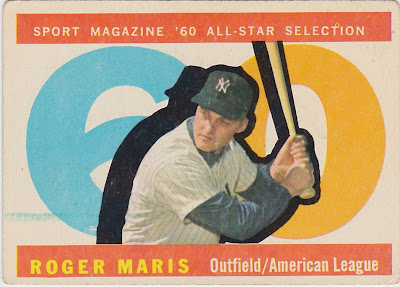 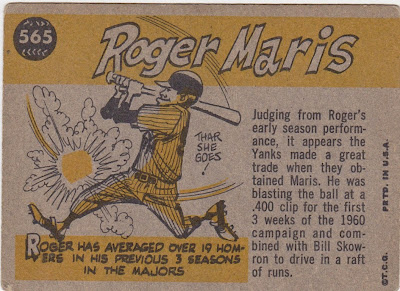 As an All Star: Maris was selected to the AL squad four straight seasons, 1959 thru 1962. He played in seven ASG but didn't accomplish much as he collected only two hits in 19 at bats.

The card: This is the first 1960 All Star card I've posted. I think these rank behind only the 1958 All Star cards as favorites of mine. The design seems ahead of it's time for Topps. This subset comes at the end of the 7th Series. They were produced about a month into the 1960 season as the text references Maris' production in the first three weeks of the 1960 season.

The condition of this card pretty much reflects the low price I won it at. Maybe one day I'll look to upgrade it but for now it's perfectly fine.