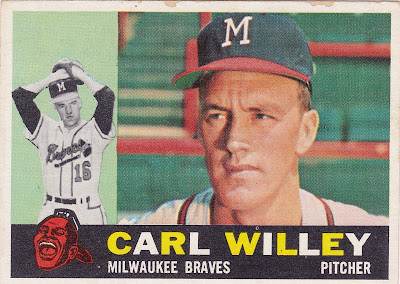 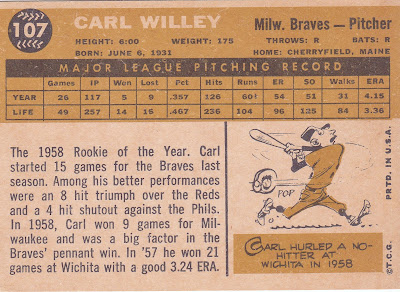 Note: I am going to resume posting these great cards. I will likely make some adjustments to what I include with each entry.

Career: He pitched five full seasons with the Braves after about that many in their system and a military stint. he was generally their #4 starter during his time there. He appeared in one game in the 1958 World Series. He pitched for the Mets from 1963 to 1965 spending a season as a starter and then finishing his career in the bullpen.

Off The Charts: In 1958 he was second in the Sporting News Top Prospect poll and pitched four shutouts which led the NL.