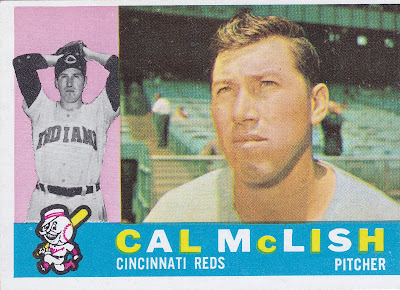 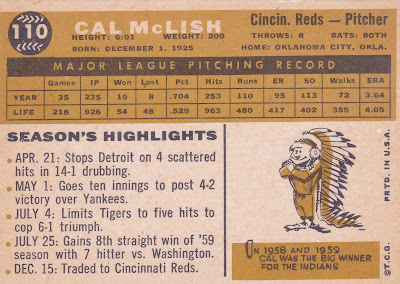 In 1960: This was his only season with the Reds after being traded from the Indians in the off-season. It was a disappointing year as he went 4-14 following his All-Star worthy campaign in 1959.

Off The Charts: His given name is Calvin Coolidge Julius Caesar Tuskahoma McLish. He picked up a save in his only All-Star appearance, the second of the two 1959 ASGs.
Posted by Commishbob at 7:00 AM