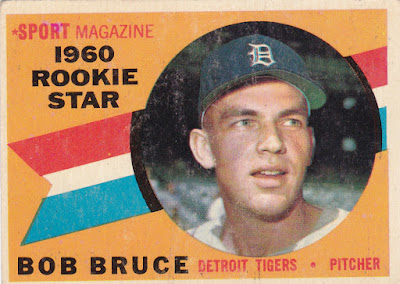 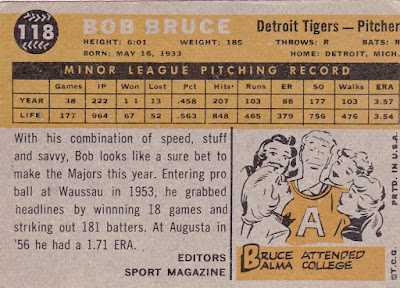 Career: He pitched six seasons in the minors and spent over a year in the service before getting to debut in September 1959. After a nice rookie season, he regressed in 1961 and was traded to Houston where he went on to be a solid starter for four seasons. He peaked with a 15 win/2.86 ERA effort in '64. After an off-year in '66 he was dealt to the Braves where he finished his career splitting one season between Atlanta and AAA. Bruce was 49-71 with a 3.85 ERA while pitching for generally second division teams.