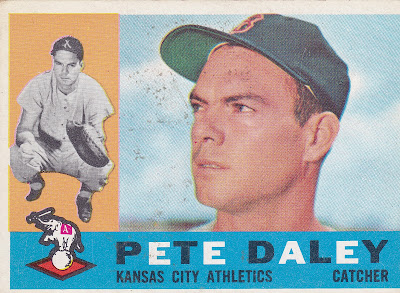 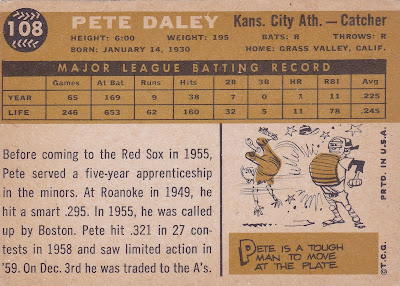 Career: Hit .239 in seven seasons in the majors as a platoon and reserve catcher. Came up with the Red Sox and was in Boston for five seasons. Finished up with a year each in K.C. and Washington.

In 1960: This was his only season with the A's. He hit .263 with five homers while splitting time with Harry Chiti and Danny Kravitz. His 273 at-bats were a career-high.

Off The Charts: In his five years with the Red Sox he had a fielding pct. of .996, committing only four errors in over 1,000 chances.
Posted by Commishbob at 8:07 AM