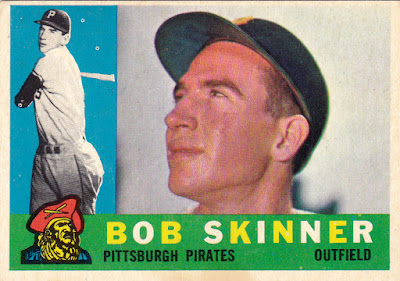 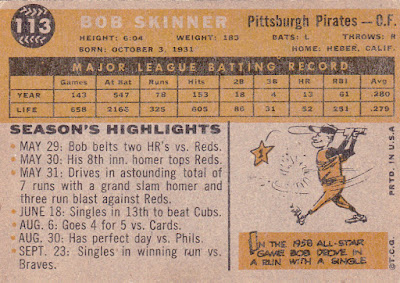 Career: He had a solid 12-year career, the bulk of it (and easily the best of it) coming in Pittsburgh beginning in 1954. He had some pop and some speed as he had double-digit totals in both homers and stolen bases five times each. He was twice an All-Star, and he won Series rings with the Bucs in 1960 and the Cardinals in 1964. Skinner had two hits and a walk in four pinch-hitting appearances in that '64 win over the Yankees.

He managed the Phils from mid-season 1968 after taking over for Gene Mauch. He was let go about 100 games into the '69 season. He managed (and won) one game as interim skipper for the Padres in 1977.

Skinner was hurt in the first game of the Series (jammed thumb) against the Yanks and didn't return until Game Seven.