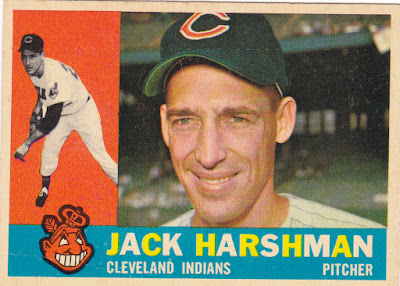 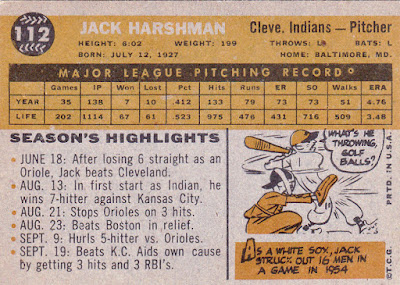 Career: He began his pro career in the Giants organization as an infielder before transitioning to pitching in the early 50s. He had some solid, double-digit win seasons thru the middle of the decade for the White Sox and Orioles. He retained his hitting ability and served as a pinch hitter frequently. He pitched well enough in 1958 in Baltimore to garner some MVP votes.

In 1960: This was his final big league season in a career that was taking a sudden nosedive. He had some decent numbers despite only pitching in 15 games, eight of them being starts. But he wasn't nearly as effective as he had been in the second half of 1959 (after coming to Cleveland in a July trade from Boston) and was released after the season.

Off The Charts: From his SABR bio...


For many years, before the advent of the homer-driven careers of Dave Kingman and Mark McGwire, Harshman held an obscure major league record--of his 76 career hits, his 21 home runs were the highest ratio (27.6 percent) of home runs to hits for any batter with more than 400 plate appearances.

The Card: Lots of Cleveland players had their Topps pics taken right there in that same spot in Municipal Stadium. And I think he sort of resembles that Indians' logo. Well, a little. 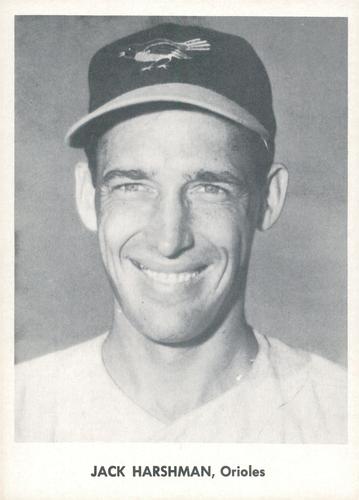 Posted by Commishbob at 5:00 AM