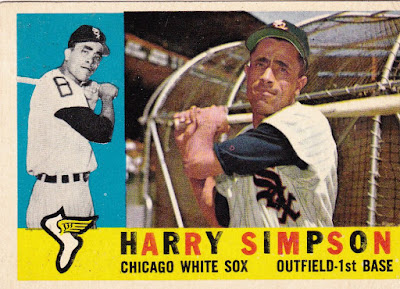 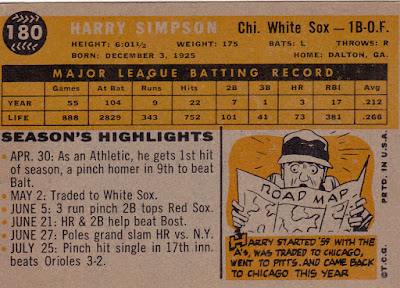 Career: Much traveled Negro League vet, 'Suitcase' Simpson had played three seasons for the Philadelphia Stars before signing with the Indians in 1949. He was an outfield staple for three seasons in Cleveland beginning in 1951. Unfortunately, he broke his wrist in 1954 and the team farmed him out when he was healthy so he missed out on their 111 win season and AL title.

He was traded to Kansas City where he was an All-Star in 1956 and then on to the Yankees where he got to play in the 1957 Series. He was dealt back to the Athletics during 1958 and missed winning a Series with the Yanks. He finished his career with a couple of stints in Chicago sandwiched around a short run with the Pirates in 1959.

In 1960: Simpson was finished with the majors, but not with baseball. He spent the year in San Diego with the Sox' AAA club. Didn't have a particularly good season (.222) but he played two more full years with better numbers.

Off The Charts: He played in Mexico in 1963/64 before retiring to work as a machinist in the aircraft industry. He died at only 57 years of age.

SABR sez: He picked up his nickname during his Negro League days. Harry wore a size 13 shoe, and a sportswriter dubbed him “Suitcase” Simpson, based on a character by that name with feet as large as suitcases, in the comic strip “Toonerville Folks.

He said he didn't like the nickname, but eventually got used to it. It ended up on his gravestone. 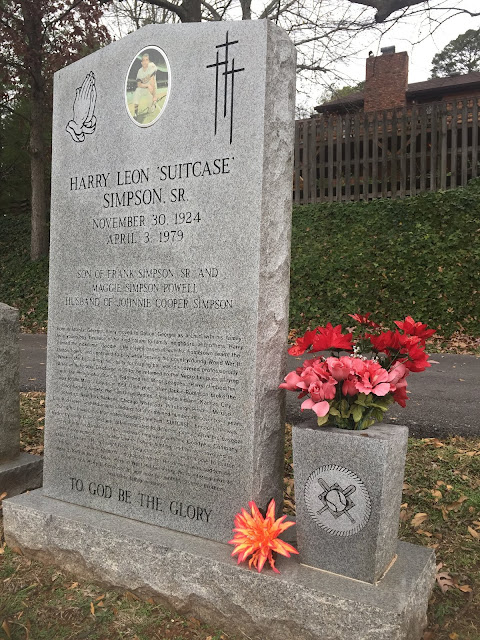 The Card: One of my favorites in this set. Comiskey batting cage shot earns big points. And these unis, with the red outlined S-O-X logo is great. This is, IMHO, the White Sox' best look.