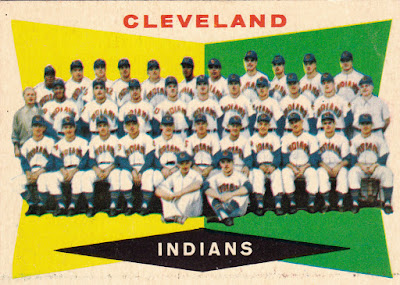 The Indians finished fourth in the AL, a couple games under .500. 21 games behind the pennant-winning Yankees, and never really a factor. They had the youngest pitching staff in the league and that crew issued the most walks and gave up the most homers of the eight clubs. Not a recipe for success. Only Jim Perry had more than 8 wins (he had 18) and Johnny Klippstein was the closer. Don Newcombe, whose career was about to end was the elder statesman. I was surprised to see him on the roster. I never think of him with this club.

Their hitters combined for the second-best batting average and collected the most hits of any AL team but finished fifth in runs scored. When Woody Held leads your club in homers and WAR it's time to re-think your approach. They had traded Rocky Colavito before the season for Harvey Kuenn, a HIGHLY unpopular trade. They missed him. 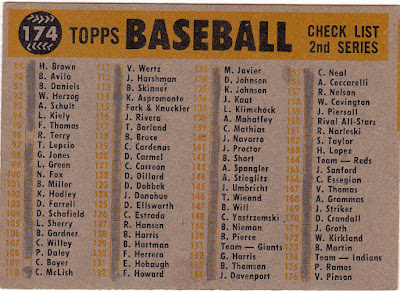 Again I 'cheaped out' with a marked checklist. I live life with no regrets. 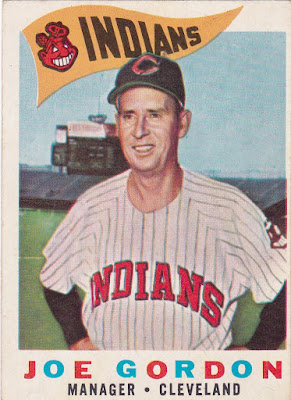 Joe Gordon had a Hall of Fame playing career but never approached that as a manager. In 1960 he was in his third season of managing the Indians. He had led them to a second-place finish in '59 but the team was headed nowhere 95 games into the year when he was traded(!!) to the Tigers for their manager, Jimmy Dykes. The backstory can be found here, among a dozen other sites.

For those interested, Gordon nor Dykes had any success in their new dugouts that year. Dykes, at least, got rehired in Cleveland, although he was canned during the following year.  Gordon was let go by the Tigers and landed in Kansas City where he was fired a couple of months into the '61 season. I hope he hadn't signed long-term leases anywhere. 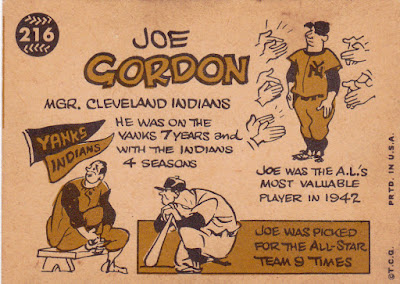 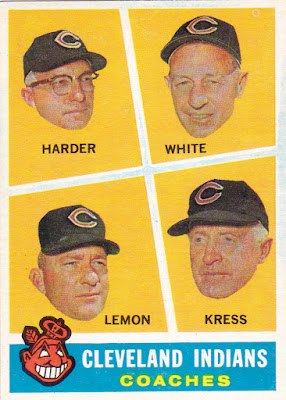 Mel Harder was an outstanding pitcher for the Indians through the 30s and well into the 40s. He also was never beaten as a manager. He was 3-0 over two interim gigs in 1961 and '62. Bob Lemon followed Harder into Cleveland and won 207 games on the way to a Hall of Fame nod. He managed the Royals, White Sox, and Yankees between 1970 and 1981. His Yankees club won the 1978 World Series.

Red Kress was a solid hitting infielder for several AL clubs from 1927 through the beginning of WWII. He had three 100+ RBI seasons. He coached for many years after his playing days and for a while had hopes of a comeback as a pitcher. Kress actually got into a game on the mound for the Giants in 1946. Jo-Jo White was an outfielder for several clubs in the 30s and 40s. He was a long-time coach and minor league player and manager. Interestingly he went to the Tigers with Joe Gordon when the trade for Jimmy Dykes occurred. Luke Appling, who had coached for Dykes, came over to Cleveland. So the trade actually was a swap of managers AND coaches. 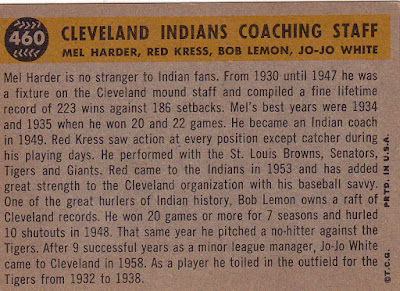