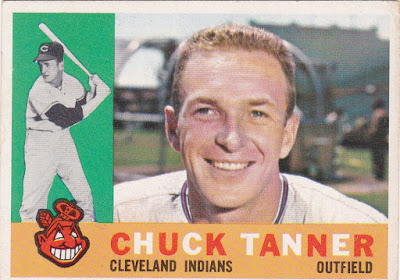 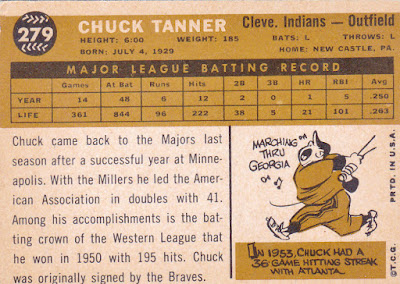 Career: After signing with the Boston Braves in 1946 Chuck Tanner spent nearly a decade in their system before debuting in 1955 as a platoon outfielder and pinch-hitter. He went on to spend eight seasons (or parts thereof) with four clubs with more minor league duty sprinkled in.

Tanner hit .261 in nearly a thousand big-league at-bats with a touch of power. He wound up his playing days with a handful of games with the Angels in both 1961 and '62. He then entered the phase of his baseball career that he would become well known for, managing.

Tanner managed in the Angels system from 1963 through most of 1970. He was picked to pilot the White Sox for the final two weeks of the '70 season and went on to manage in the majors for 19 years, mostly for the Sox and Pirates. He led the 1979 Pirates to the World Series title over the Orioles. That was his only post-season managing experience. His career w/l as a skipper was 1352/1381.

Tanner later worked as a scout and in 'special assistant' and 'senior advisor' roles for the Brewers and Pirates until his passing in 2011 at the age of 82.

In 1960: Tanner spent most of 1960 with the Indians' Toronto AA club where he had a fine season. He spent almost two months in the midd of the year as the Indians primary pinch-hitter as he hit .280 in 30 appearances at the plate.

Off The Charts: Chuck's son, Bruce Tanner, pitched in ten games for his father's old club, the White Sox.

The Card: That's a pic taken in Seals stadium in San Francisco. I got the vibe from the color of the seats and what seemed to be hints of red among them which comes from the red railings surrounding the boxes. That much I've seen many times before. But the structure beyond the batting cage and the outfield wall puzzled me so I poked around and found plenty of photos that show exactly those elements at Seals. Easily seen in this picture. 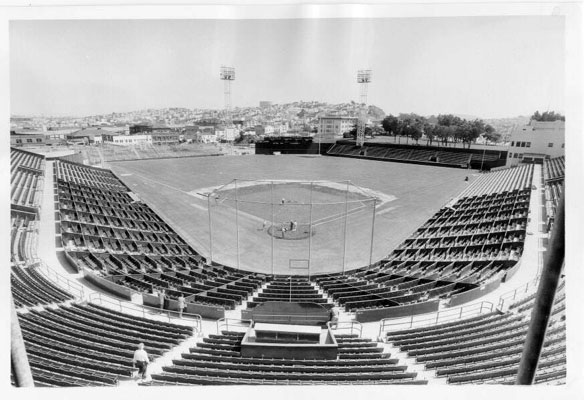 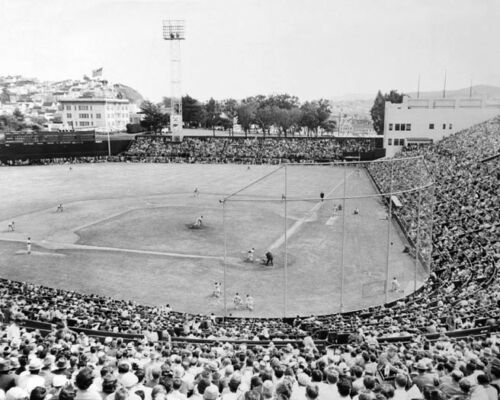