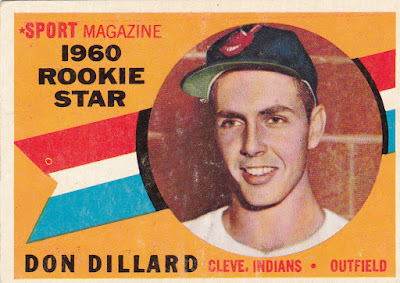 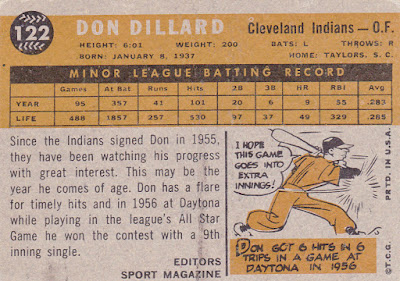 Career: Dillard spent all or part of six seasons in the bigs with the Indians and Braves. He was primarily a pinch hitter and extra outfielder. A career .244 hitter, be book-ended those major league seasons with quite a bit of minor league experience.

In 1960: He played very sparingly (seven at-bats) through mid-May before the Indians sent him back to AAA Toronto where he hit .294 in over 130 games.

Off The Charts: In 1961 he hit his first homer off Early Wynn. That's a feat he considers a career highlight. It was a bottom-of-the-ninth shot that tied the game against the White Sox. The Sox won it in the tenth.

As late as 2005 Dillard was running a marina in his native South Carolina and holding youth baseball camps with former Negro League player Rosel Williams.

Dillard was highly regarded enough that Topps gave him three 'rookie' cards. His first came in 1959 and featured the same photo they used in 1960. 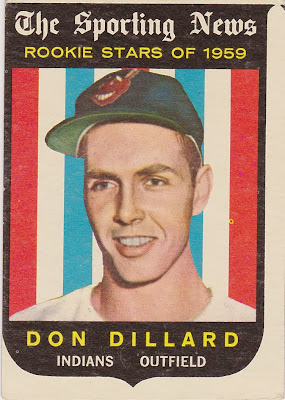 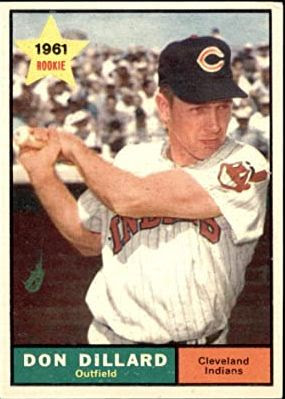 As a Brave, he got one final card. The 1963 Dillard has a background that looks a lot like the '61. You can spot the same fans in the crowd. 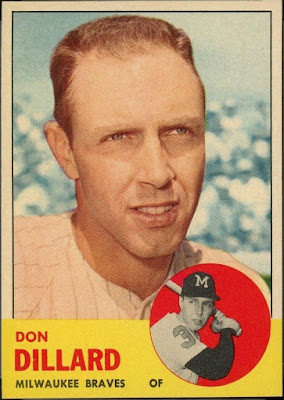